the rain came down all night

it teamed it bucketed it pelted  and it poured.

the  bang and crash of drum , the  wind instruments and the loud voices of bass and tenor added a melody   of gusts  that slammed into us  whipping the rain up and slinging  it around, spraying our  verandahs soaking the tables and chairs, the fire wood , lawnmower , the towels and shoes.

it seemed to be dark when Kingston knocked  on our door , John heard it and  wished  he would go away but quickly   realised  a frustration was building so he let him in.

with  two dogs under his arms he clamoured into bed and snuggled  me, singing songs about the monkey that fell off the bed and had to get mummy to call the doctor and the doctor said  no more monkeys climbing on the bed.

he has the song word-perfect  and loves repeating it endlessly.

and decided that it was exactly the sort of morning for pancakes .

outside the kitchen the  waterfall from the guttering was cascading  into the  tank and everywhere  the world  was sodden.

John took me to meet a waterfall at Nethercote  the other day,

some of them as small as a bath tub others of swimming   pool size.

first we had to negotiate a steep  track that said  4wd.

I hung on , a bit put off  by the sticking up rubber rollovers that  have to be flattened down  to drive over and the powdery gravel that loves to skidd a back wheel  but John took no notice and we made it to the car park .

from here it was another steep walking track  thru thick forest sporting a lot of rainforest opportunists and the commanding  ping of the bellbird.

a sign halfway pointed out  to us  the rare and precious species of flora and fauna  to be found in this reserve, some at  its southernmost range,

mostly the vegetation reminded me of home.

at the bottom we crossed the river and wound our way along   the side of a hill only occasionally able to see the river.

the sound of the waterfall moved  closer and closer.

a picnic table,  a couple of tourists from Victoria, a gravelly rocky shore and a gorge about 40 metres long that dead ended.

water gushed  out of an opening in the cliff and dropped 10 metres  into a very deep clear pool.   the cliffs towered on another 100 metres up into the sky and behind the waterfall there appeared to be  a dark recess .

in places shrubs and wattles grew out of cracks in the cliffs.

the gorge is made up of a rock known as rhyolite  which is a volcanic composition  of quartz ,feldspar, mica and hornblende containing a very high silica content.

they are beautiful cliffs holding lots of patterns in their blocked up shapes, faces are easily seen, but there is also an edge of quiet danger as if any one of the cracks could snap and send a slab of rock tumbling down into the bottom of the river.

according to the tourists the waterfall was not at peak and the pool was lower than they had ever seen it.

we ate our tomato sandwiches, chewed on a cucumber, drank our tea hot and strong from the thermos and shared an orange almond cake from Wild Rye bakery at Pambula.

the sounds of the falls plummeting mingled with the voices of young people exploring , breezes ruffled our curls and teased us with stories of  a blackfella time ; fire, food gathering and community.

in some  ways nothing has changed, the river is the river, the rock  is  rock and still people come and explore  raising their voices in excitement and wonder to be playing with the edge of  nature.

no one jumped that day but they do , they scale one side of the gorge and leap off disappearing into a mountain of bubbles coming up and flicking wet hair off their grinning faces.

after eating we sun baked lazily on a rock  like lizards before slipping our bodies over  and into the water,

it was shockingly cold and luxurious  at the same time

a melding of cells, an assembly  of molecules, a joining of  relations,

tiny fishes dart around, taddies nibble at weedy stuff clinging to the slippery rocks and on a climb up the cliff to get a better look at the cave we spot an eel.

ooh gross, says one of the fair haired campers  from Victoria who had asked how the hell we had ridden down the road and how we were going to get back up ?

that is an interesting question says John.

we returned along the river skipping over rocks skirting around pools occasionally plunging thru shrubs and over fallen logs.

by the time we reached our starting point we were hot and had to embrace the river one more time.

a sense that I had encountered an old friend.

a river, a gorge , a forest  a waterfall.

a friend that revealed  itself  and invited  me to share.

that place exists within me now

in my heart and my memory,

a space I can return to whenever I like

a space I can tend and hold dear

a friend I was truly glad to meet and bring home with me.

One thought on “no more monkeys climbing on the bed” 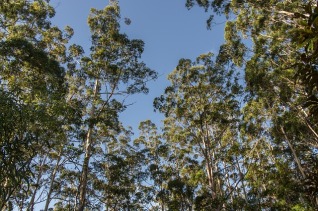 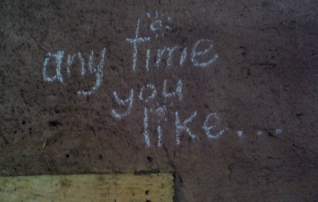 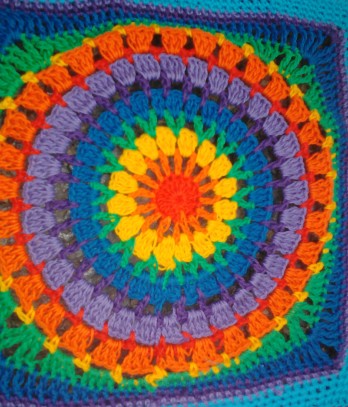 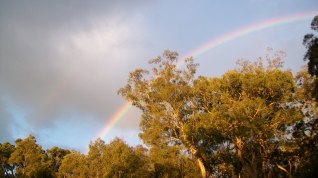