what a strange summer so far climate speaking that is.
early in January we go camping leaving home on a day that topples 37 degrees putting up our tents in a forest beside the ocean.

this place is also the home of the yellow tailed black cockatoo – it is here that they roost each evening – wheeling in squawking loudly to land in the branches of the spotty gums above us . every evening around dusk they return and every morning at dawn they wake us with their clatter and chatter before departing  for their days wanderings.

of course it had to be  the bird man rob that found the yellow and black feather near his tent.

the wee king tears  around under  the spotty gums and leaving his training wheels behind he launches into a world of bike riding.              a milestone moment for sure.
we swim daily  after a long walk thru the spotty gum forest camp site to a bay fringed with rocks
where dogs children kites balls picnics boogie boards laughter coconut oil and towels laze around on hot white sand.

Kingston floats happily alongside us in his ring of air kicking little legs and laughing when waves break over his face.
it is picture perfect postcard and only $14.00 per night per person.

only !!!             good god we say its gone up how horrid.  we discuss it with the caretaker – a shrug you want to stay you pay the price.
cold showers and long drop toilets are the only ‘services’ supplied
it is one of the few remaining ‘wild’ bastions of camping available to us along  this coast
don’t get me started on ownership and paved walkways, on poisoned logs making rectangle bays to camp in, on millions of acres inaccessible to a camper or a hiker or a picnicker.

of course the real gifts  offered are priceless treasures – salty water and spotty gums, sand and shells
freshly caught fish rock pools anemones and  urchins ,sea lettuce and crabs ,giant strands of kelp and Neptune’s necklaces move between sea and beach according to tidal flows.   happy campers sharing and cooking over fires and playing together boats and boards and games time off   time to be .

living on the ground on the earth

crawling into and out of a tent

about as  low as you can get

a supplicant to the mother

a tarp is rigged up to cater for our outdoor kitchen our card table and nightly scrabble games our shelter from rain
one card table becomes two as our numbers swell  with more family and friends joining in.
friends of the elemental sort also move in .
always rains here when we come  grumbles one of our mob.
actually ever since I returned from New Zealand it has been a wet season – Dad says ever since I left it has been dry over there.
initially we got a few hot lazy summery days and then it cut loose with torrential rain lightning and thunder .

oh and then the new tent leaked the stitching not quite up to standard.
a pattern developed of patches of sun and grey clouds  building to storms in the afternoon and evenings.

fantastic weather really -very dramatic very  changeable -sunshowers and rainbows interspersed with black as skies.  so we dug drains around our tents and made our selves as proof as possible in an outdoor wild setting . increasingly the surf got wilder and our bodies relished the pummeling.

by the third week we were adding blankets to our beds ,beanies to our heads, socks and boots to our feet and asking what  has happened to summer ? and they say there isn’t climate change remarked the elder koori woman camped next to us. we have been coming here for years she says and never seen anything like this as they packed up and headed home. we would get a storm for sure and that would be that not this …..

however it was not the least bit miserable indeed it was as always a totally delightful exhilarating experience but it did seem to contain more rain than sun more cold then heat .
after 3 weeks going into our 4th we listened to the weather forecast and decided home was the place to go to.
much easier to pack up when the weather is on the unfriendly campers scale.
our verandahs quickly filled up with eskies cast irons pots  dirty tea towels jars and wet clothing  , chairs and life jackets and  wet tents and tarps as we unstitched ourselves from camping mode.
and then before I could blink everyone had departed for the new year for the other world
the holiday was over and the house returned to its deep quiet and the noisy chatter of a small boy remains as a  memory.
do not despair – I hold on to holy- days – as much as – as long as -as hard as I can.
I know this is not very Buddhist of me but sometimes  holding a  space means not letting it go not letting it be lost  and this is one space that definitely needs to be supported.
the space of sun and ocean and sand – of long days without end without doing without clock or tv or newspaper.

days of  listening to the sough of wind and surf

of watching  sea eagles glide and clouds build up

of laughing around cups of tea and earnest conversations.
the space of  letting go dropping defences and burdens

of forgetting yesterday and not bothering with  tomorrows.

“I don’t want to wash the salt out of my hair”  says Jess several days after coming home from the beach.
she will – we have to rejoin the world
it is not a bad thing , it is just how it is.
but still as I sit and write from  my forest eyrie where the continuous wet season has transported us into jungle territory and the ticks are as small as a full stop where the wallabies are fat and the leeches are on the prowl

I am once again reminded how very fortunate I am to live in a space where holy days are a normal and natural part of my cycle and for this I give thanks. 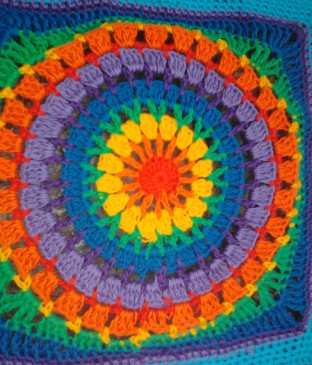 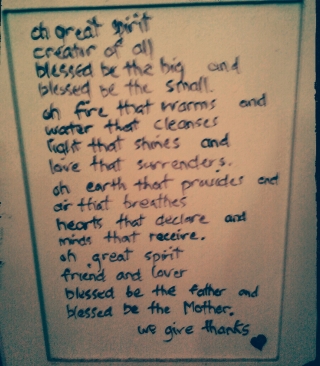 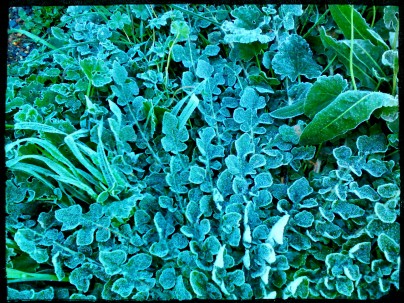 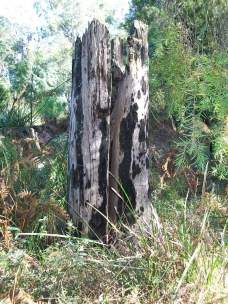 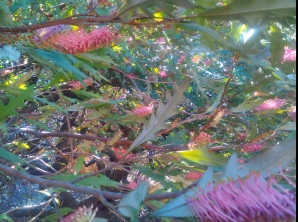 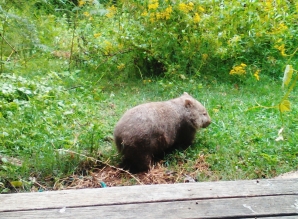 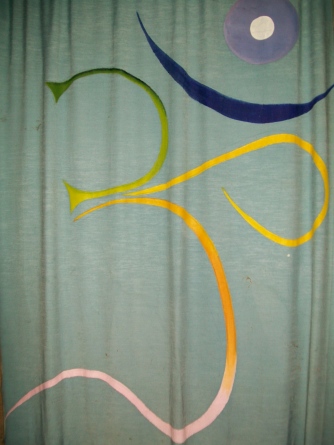 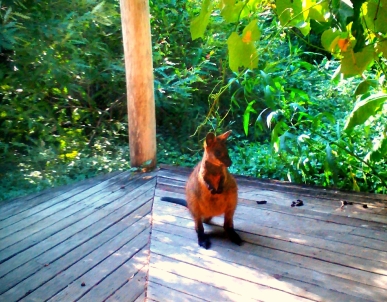 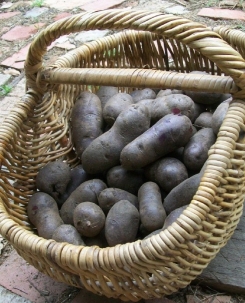 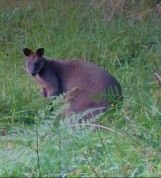 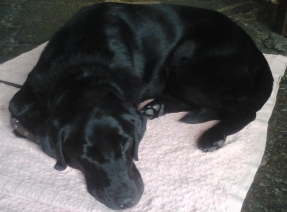 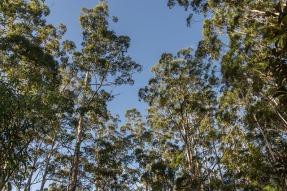 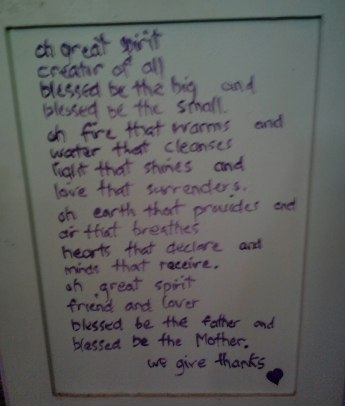 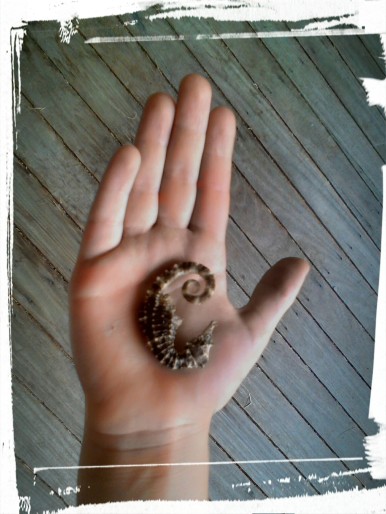 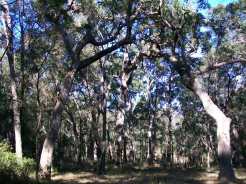 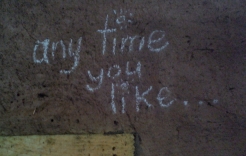 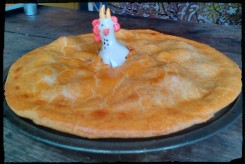 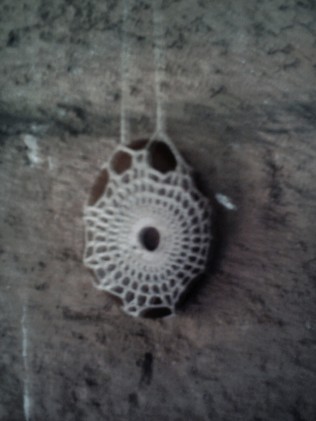 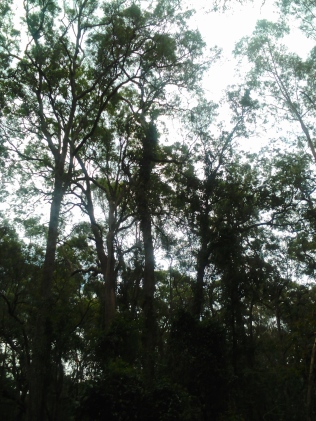 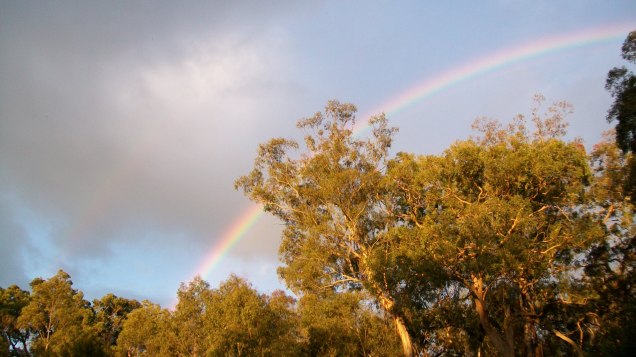